What is A Blockchain Dapp?

You’ll receive $10 in free bitcoin by signing up with this link http://bit.ly/2oesV41

What is Dapp Guide: (Must Read)

What are Dapps you might ask? Imagine having your car working away, transporting passengers while you’re at work. Imagine having your computer utilising its spare capacity to serve businesses and people across the globe. Imagine being paid for browsing the web and taking ownership of your, arguably invaluable, attention. Imagine the world like that. That world is not far away.

A paradigm shift in the way we view software models is approaching. When Bitcoin, the first cryptocurrency, made us reassess our definition of Store of Value (SoV), it also revealed a sneak peek of the future: a world running on decentralized applications (Dapps). These distributed, resilient, transparent and incentivized applications will prove themselves to the world by remapping the technological landscape.

Dapps And The Decentralized FutureSave

Understanding Blockchain
Before we can even fathom what Dapps do, we need to be familiar with its underlying technology—the blockchain. Put simply, a blockchain is a ledger of records organized in ‘blocks’ that are linked together by cryptographic validation. It is a digital storage of consensus truth. The key is to understand that this ledger is neither stored in a centralized location, nor managed by any single entity, hence its distributed-ness. The block validation system results in new transactions being added irreversibly and old transactions preserved forever for all to see, hence its transparency and resilience. Open-source software that leverage on the blockchain technology are called Dapps.

The Birth of Decentralized Applications
As the concept is still in its infancy, there might not be one definition of what a Dapp is. However, there are noticeable common features of Dapps:

Open Source. Ideally, it should be governed by autonomy and all changes must be decided by the consensus, or a majority, of its users. Its code base should be available for scrutiny.
Decentralized. All records of the application’s operation must be stored on a public and decentralized blockchain to avoid pitfalls of centralization.
Incentivized. Validators of the blockchain should be incentivized by rewarding them accordingly with cryptographic tokens.
Protocol. The application community must agree on a cryptographic algorithm to show proof of value. For example, Bitcoin uses Proof of Work (PoW) and Ethereum is currently using PoW with plans for a hybrid PoW/Proof of Stake (PoS)5 in the future.
If we adhere to the above definition, the first Dapp was in fact Bitcoin itself. Bitcoin is an implemented blockchain solution that arose from problems revolving around centralization and censorship. One can say Bitcoin is a self-sustaining public ledger that allows efficient transactions without intermediaries and centralized authorities.

The Ethereum Network
While both Bitcoin and Ethereum may be loosely defined as Dapps aimed at solving real-world problems, Ethereum has a much bigger plan in mind.

In Ethereum’s white paper, it was stated that the intention of Ethereum is to create an alternative protocol for building decentralized applications with emphasis on development time, security, and scaling. You may think of Ethereum as, for the lack of a better analogy, the Mother of Dapps. Armed with its very own language, Solidity, Ethereum enables developers to form smart contacts using the Turing-complete Ethereum Virtual Machine (EVM). With these tools available, developers made Dapps that have real-life use cases, ranging from asset management to resource planning.

Examples of successful Ethereum-based Dapps that have achieved millions of dollars in market cap include Golem, Augur and Melonport. As I mentioned in my previous post, each of them aspires to rewire the economy using blockchain technology, and move us a step closer to a decentralised world.

My name is Ameer Rosic, and I’m a serial entrepreneur, investor, marketing Strategist and Blockchain Evangelist

SNOMED CT Is ready for Pharmacy 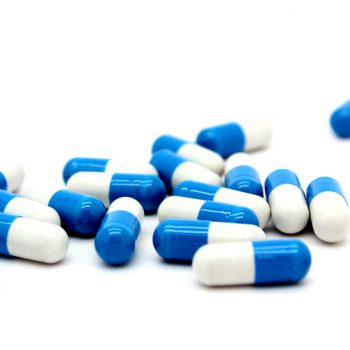